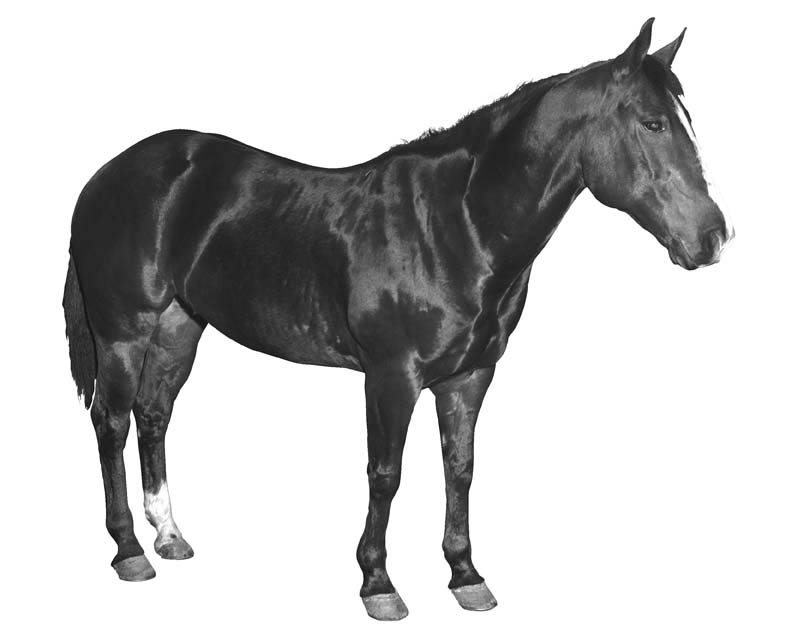 Foaled in 1947, the little mare was by Oklahoma Star Jr by foundation sire Oklahoma Star and out of a Bert mare named Miss Boctick. The bay weighed 1,030 pounds and stood 14.1 at maturity.

The little mare won the hearts of steer wrestlers on the rodeo circuit during the ‘50s.  From 1953 through 1960, she earned more than $400,000 for her riders.  Newspaper headlines across the country proclaimed her as “the Baby Doll the rodeo cowboys all love” and “Baby Doll, great rodeo horse is money-making marvel.” She was even the focus of two features in Life magazine, where famous all-around cowboy Bill Linderman was quoted as saying, “Baby Doll knew bulldogging better than some of the guys who rode her.”

Willard Combs of Checotah, Oklahoma, bought Baby Doll from Bill Odum of Pryor, Oklahoma, for $3,200 in 1955. Later that year, Combs’ brother, Benny, won the world championship on the little mare and Willard was the reserve champion.

In 1957, the mare carried her owner to a world championship. She was also the regular mount for those who finished second through fifth. Traditionally, the steer wrestler gives 25 percent of his earnings to whoever mounts him and hazes for him. Needless to say, Baby Doll had earned Combs quite a bit of mount money that year.

Combs noticed late in 1957 that Baby Doll had been putting on weight. Turns out, she had been eating for two. Checotah Star was her first and only colt.

Baby Doll Combs’ legacy came to an abrupt halt after bulldogging at a rodeo in Salina, Kansas. The tough mare broke out into a sweat and showed all the signs of colic. A veterinarian diagnosed her with a ruptured intestine. Baby Doll Combs died in the arms of her owner. Combs loaded her body into his trailer and drove the 350 miles back home to Checotah to give her a proper burial.