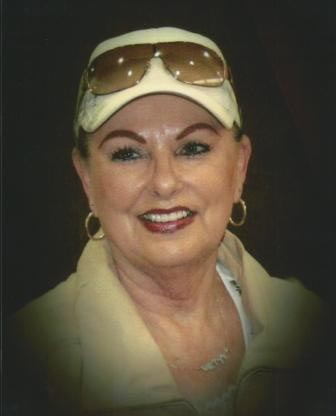 Betty was born in Sulphur, OK, on September 8, 1945, to Gene and Lucille Cope. She attended Sulphur schools and graduated high school there in 1963.  From the time she was five years old until she graduated high school, she studied piano and voice. She was a member of the high school glee club, pianist for the boy’s glee club, played clarinet in the band and was a twirler for both the Junior High and High School bands. She won Tri-State in music in 1962 and All State in1963.

She was active in 4-H, FHA, Spanish Club, was a Red Cross Life Guard and taught swimming at the local pool. She was also on the long distance swim team. She was Band Queen and Annual Queen in 1962 and was Basketball Queen in 1963. She was voted Most Talented Girl and Most Likely to Succeed by her Senior Class. She was also a member of Sulphur’s Herford Heaven Round Up Club, traveling with them to many towns, riding in the parades and the rodeos.

Betty was very involved in her church, singing in the church choir, playing the organ and played for weddings at the church. She attended Falls Creek Baptist Assembly for many years and was a counselor for the grade school kids at camp. She also was a life guard there.

It was from her grandfather that she got her love of horses. Betty lived in town, but her grandfather lived in Denison, TX, and had a very large dairy farm. He had some riding horses and every summer she would go and spend a couple of weeks and all she ever wanted to do was ride the horses.

She talked her father into letting her bring one of her grandfather’s horses to Sulphur for a summer and she went with the round up club to parades, rodeos and entered the barrel race. Betty didn’t have a pickup and trailer, so she put her horse in the big cattle hauler that they used for the rest of the Roundup Club’s horses. She didn’t mind, she was just happy to be there.

Betty’s father, Gene, was an Oil and Gas dealer for Conoco Oil Company for 40 years. He had a gas station in town and delivered oil and gas to the local farmers and ranchers.

Betty said she got her work ethic and desire to volunteer from her parents. They were very involved in their city and with the school system. Anytime they needed a parent they were always there. Her parents had great aspirations for Betty’s future until she met a cowboy named Jerry Wells.

He was five years ahead of her in school and she had not met him until one day when she was 16, in her front yard practicing her twirling for the Friday night football game. Jerry Wells drove up, stopped, and asked her if she could fix him up with a certain friend of hers. Well, he never did go out with THAT friend!

They dated steadily through her senior year. When Betty graduated they went their separate ways and Betty enrolled at East Central State University in Ada, OK, majoring in music. She was a member of the Chi Omega sorority, a twirler for the ECU band and worked in the college post office. During the second semester, she had a call from one of her friends who said Jerry Wells would like to talk to her.

He came to Ada for a date and their love relationship took up where it had left off. They were married at the end of her first year of college, on June 24, 1964. She was 18. Needless to say, Betty’s parents were not too thrilled about her quitting school and marrying a cowboy, but they both gave their blessings. Thus began 43 years of a special marriage and a business built from very little.

The American Quarter Horse was the foundation of this life-long journey. Her love of horses fit right into Jerry’s business. Being married to an up-and coming horse trainer, she knew she wanted to learn as much as she could, and Jerry agreed to teach her, but he told her it would take a lot of practice. Anyone who ever knew Jerry Wells or read anything about him knew his mantra was: We have to practice more. Finally, after five years of marriage, he let her ride one of his horses in the pleasure class. Then she went to halter, and when the under saddle event came in, she got someone to teach her that discipline. She was still riding barrel horses. She was still raising and selling barrel horses when Jerry died.

Betty showed a stallion named War Machine in halter and western pleasure and Jerry reined, roped and ran some barrels on him. He later was named Supreme Champion.

She went on to win 9 World Championships: 8 in Amateur Halter and one in Open Halter at the first AQHA World Show in Louisville, Kentucky in 1974. That horse was Two Eyed Dandy. Betty owned two Junior World Champion Barrel Horses: Cool Approach in 1987 and Miss Mergie in 1996, which she owned with AQHA Past President Frank Howell. Both were Jerry’s ex-race horses, and both were ridden by Mary Burger of Pauls Valley. She also had a halter World Championship in the Paint Association in 1997 with Perpetualized.

Jerry and Betty built their first ranch from scratch in 1971 in Purcell, OK, where they stood many stallions over the years and had numerous horse shows and sales. In 1982 they sold the ranch and built their second one from scratch in Sulphur OK. In 1999 they had a chance to sell this one and built their third and final ranch in Wayne, OK. Jerry was diagnosed with two kinds of cancer in 2000 and was getting to the 4 ½ year mark when another completely different cancer was diagnosed. They decided to sell their ranch and just lease a barn, as he was now a patient at M D. Anderson Cancer Center. Jerry fought another 4 ½ years and passed in May, 2008.

Shortly after Jerry’s death, Betty and her children, Nancy Wells Berry and Marty Wells, started a memorial scholarship fund available to OQHA youth who were going to college. In 2009, she started the Jerry Wells Memorial Scholarship Halter Futurity for yearlings. Each futurity entry has ten per cent deducted for the Scholarship Fund. The futurity is a special WCHA event during the Redbud Horse Show and this June completed six years of shows. Luke Castle, Betty and Nova Boyd are the Futurity Committee for OQHA, working together on this.  There is a patient room in Jerry’s honor at the Stephenson Cancer Center in Oklahoma City, given by Doug Landon and Lana Brooks. There is also an exam room in his honor given by Betty and the family.

She has another passion these days and that is spreading the word to get more financing for cancer research, especially for children with cancer. The first two years of the Futurity she gave some of the Futurity money to relatives of OQHA members dealing with cancer.

Betty is an avid OU football fan and has had season tickets for many years. She is also an avid fan of the Oklahoma City Thunder.

Betty currently lives in Norman, OK, where she is a member of the First Baptist Church there, and is currently working as a sales associate at Christopher and Banks in Sooner Mall. She also is an independent distributor with Evolv Health.

Since Betty no longer has any horses, nor is she involved in showing, she said she loves working with OQHA, promoting our organization and our state. Continuing to be involved with the horse industry allows her to maintain contact with the people that she said were a part of her life for so many years.