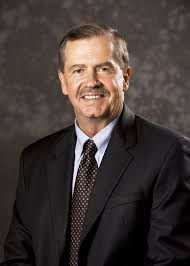 Remington Park general manger Scott Wells didn’t join the horse racing business. He was born into it. His grandfather was a horseman. His father was a horseman. He saw his first horse race as a 3-year-old in Pawhuska, OK. He was a successful trainer, licensed in 14 states before turning to racetrack administration in 1990 when he took a position in the Remington Park marketing department. He worked his way up to positions as assistant GM at Hollywood Park and then as general manager of Ruidoso Downs, in New Mexico. He was racing project manager in the reopening of the Hipodromo de las Americas in Mexico City from 1998 to 2001, then served as racing manager during the construction and reopening of Maroñas, the national racetrack of Uruguay from 2001 until February of 2005 when he returned to serve as president and general manager of Remington Park, an upscale racino in Oklahoma City. He has served on the board of directors of the TRA (Thoroughbred Racing Associations) for 12 years and was elected president of that organization in March of 2013. In August of 2013, he was also named the president and general manager of Lone Star Park at Grand Prairie, the premier racetrack in Texas and site of the 2004 Breeders’ Cup.