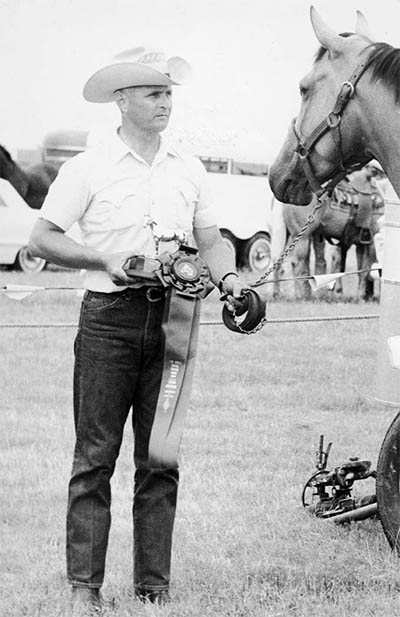 M O “Bud” Breeding made a large impact on the Quarter Horse industry. But his love affair with Quarter Horses did not begin until he was almost 40, when he became the owner of a registered mare, her yearling and her weanling.   “I came home from the office one day, and my first wife told me she had bought three horses. That’s how it all started,” Bud said at the time of his Hall of Fame induction in 2002. “She took the dog to the vet one day, and the vet had three horses that he thought she ought to have. He knew that she wanted them more than he did. So he sold them to her.”

This purchase led to an impressive breeding and show record that included Harlan, Nick’s Rusty Leo and Red Okie Bars. Overall, Bud raised and owned more than 100 AQHA point-earners and seven AQHA Champions. While Bud had his share of good horses, his largest contribution to AQHA was through proving support for shows and the industry.