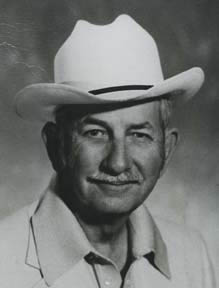 Born August 25, 1910, in Winnipeg, Canada, Warren lived most of his life in Perry, Oklahoma.  He ranched and owned a dairy through the late 1930s and early 1940s. A breeder of high-quality horses, Warren was involved with AQHA in several ways.

He served as the Association’s 15th president in 1965 through 1966, during which he and the AQHA Executive Committee created the director of racing position and studied the new technique of frozen semen. Warren served on AQHA’s finance committee and was chairman of the racing committee for several years.

Before his years of service for AQHA and OQHBA, Warren raised horses on his ranch in Perry, Oklahoma. Around 1940, Warren bought a stallion named Jess Hankins by King P-234 from Jess Hankins of Rocksprings, Texas. He also started putting together an impressive broodmare band. Several of the mares were by King P-234.

In 1947, the Oklahoma rancher bought another stallion, Leo by Joe Reed II, a well-known racer throughout the Southwest. The breeder also stood Sugar Bars, Jet Deck and Croton Oil.Around the time of his purchase of Leo, Warren and Walter Merrick promoted the first Quarter Horse futurity race in history.  Merrick was another well-known Quarter Horse breeder from Sayre, Oklahoma. One of Warren’s Leo colts won the first Oklahoma Futurity at Tulsa, earning around $700.