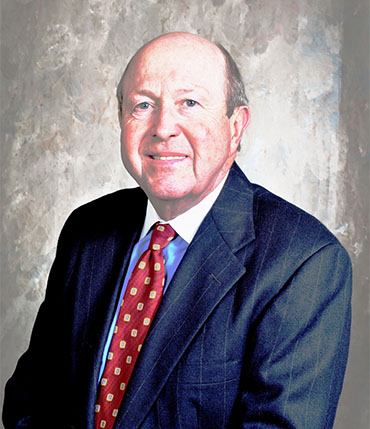 F.E. “Butch” Wise was born in Heavener, Oklahoma in 1950.  He was around horses from a very early age.  His father was a calf-roper, ran cattle and always had a couple of good “match” horses.

Many times, Butch was called on to pilot his dad’s “match” horses, mostly Leo and Oklahoma Star bred runners that ran short and fast.  He was light and his dad needed a rider that could be trusted, so match racing was a part of many Sunday afternoons.

Blue Ribbon Downs was just up the road in Sallisaw and was becoming a hotbed of fast horses.  Butch frequented the track with his father and inevitably caught the racing bug.  Being around such towering figures as Bud Warren, Bill Hedge, Jesse Powell, Paul Walters, Jim Jay and others, it was a given that Butch chose a path that focused on running Quarter Horses.

After High School, Butch graduated from Oklahoma State University with a degree in Animal Science.  His first job, fresh out of college was working for OQHA Hall of Fame Inductee, Melvin Hatley.  At his Lexington, Oklahoma farm, he was standing the first winner of the Champion of Champions, Mr Jet Moore, as well as Triple Chick.

When a tornado damaged the farm, the stallions were moved to another ranch while the one in Lexington was under repair.  Butch was looking for work when Audie Rackley, the editor of the Quarter Horse Journal, called and offered him a job.  The Journal had an advertising staff that also doubled as ring men at horse sales all over the United States.  It was here that Butch gained tremendous knowledge and formed friendships which remain to this day.  He had the priviledge of working with the finest auctioneers, including AQHA Hall of Fame Inductee Gordon Hannihan, Bill Tackett, Dean Parker among others. In addithon he met many of the great breeders of that time and meet the horses who made them famous.

In 1978, Butch returned to El Reno and hung out his shingle as a Bloodstock Agent.   Getting started is the hard part and Butch will always be grateful to Juanita and Mac McConville, the owners of Tru Tru, for giving him his first big break as an agent.

His next significant opportunity came when AQHA Past President Clarence Scharbauer hired him to by the sensational but ill-fated Brigand Silk.  His trust and confidence in this young agent drew many others to seek Butch’s services.  Butch then found and was agent selling the legendary Hall of Famer and All American Futurity winner, Refridgerator to AQHA Past-President  Jim Helzer.

Around this time, the luxurious and innovative Heritage Place Sales Company was being developed.  Butch knew he needed to move toward representing all classes of horses at auction for his clients.

By chance, he met a cowboy from Chicago named Bill Witman and they formed the partnership of Ridgeleigh Farms in Purcell.  Bill and Butch successfully ran Ridgeleigh until 1995.  They topped the yearling sales at all of the major sales numerous times and sold the high-selling colt and filly at both Ruidoso and Heritage Place Sales in the same year.  A feat that has yet to be repeated.

In 1993, Butch and Bill were offered the opportunity to run the Lazy E ranch, which the accepted.  During this time, they raised and sold three one-million dollar plus yearlings that sold at the prestigious Keeneland Yearling Sale.  They continued this partnership for several years until Bill moved to Kentucky.

The Lazy E Ranch continues to be known for it’s stallions and none is better known than one that Butch saw race in California and Ruidoso and convinced his owner that Oklahoma was the place to be. The stallion?  Corona Cartel.  The sire whose get have earned over $40-million and the Leading Living Sire of Stakes winners today with 126.

Butch also put together a syndicate to purchase the big brown colt, Teller Cartel, as a yearling.

The next year, Teller Cartel won the All American Futurity.  He was named Champion 2 year-old and stands today at Lazy E Ranch.