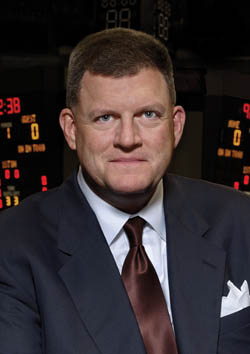 Clayton I Bennett serves as President of Dorchester Capital, a diversified private Investment Company, and Chairman of Oklahoma City Thunder, a franchise of the National Basketball Association. In addition Bennett is involved in a broad variety of investment activities and serves as an officer and director of numerous business entities.

In 1990, Bennett received the Dean A McGee Award, which is presented annually to an individual who has made significant contributions to the development of downtown Oklahoma City, OK. In 1997, he was presented the Economic Development Citizen Leadership Award by the National Council of Urban Economic Development.  This national award is presented annually to the an individual who has made outstanding contributions to the field of urban economic development.  In 2007, Bennett was inducted into the Oklahoma Hall of Fame.  In 2008, he was named Oklahoma of the Year by Oklahoma Today.

Bennett attended Casady School in Oklahoma City and the University of Oklahoma.

Bennett is married to the former Thelma Louise Gaylord, and together they have three children Mollie Inez, Christine Marie and Gaylord Graham.

Clayton I Bennett was inducted in to the Oklahoma Quarter Horse Hall of Fame in the category of the Bud Breed Oklahoma Spirit Award.