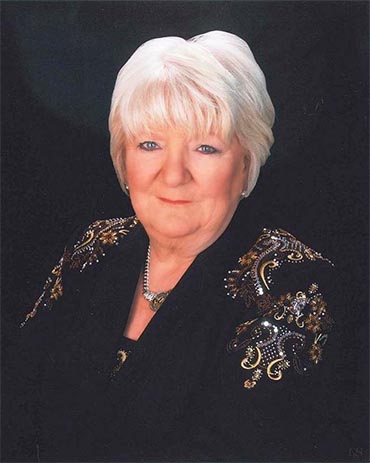 All of her life, Debbie Schauf has had an immense infatuation with the horse business. At 8 years old  she finally convinced her dad his life would be easier if he got her a horse. She has never strayed far from being involved in the horse industry.  Beginning with a cart behind her horse, she earned summer money selling pop out of a cooler to the construction workers when she was a kid.         As she grew up, she filled in as a timer at the local rodeos, and then for 15 years or more, was the rodeo secretary for Kansas largest open rodeo held during Mulvane Old Settlers Days. Her dad always told her that she couldn’t make a living by riding horses, and she needed a good business background if she wanted to be able to afford horses the rest of her life.

For over 20 years Debbie was a real estate broker and owned and managed a residential construction and real estate company.

She was recognized with many special awards for her work in Real Estate and continuing education.  In 1986, Debbie was elected to  two terms in the legislature before taking up a new career providing representation for Quarter Horse racing horsemen.   After her four years in the Kansas Legislature, Debbie became the director of the Kansas Horsemen’s Association.

For the past 18 1/2 years she has served as the Executive Director of the Oklahoma Quarter Horse Racing Association.  She also serves as a consultant in Quarter Horse racing issues for Idaho, Wyoming, Florida, Georgia, Indiana, and a number of other racing jurisdictions.

Debbie was instrumental in setting up the structure for the Kansas Bred program while still in the legislature in Kansas, and one of her first accomplishments in California was to help pass legislation to move the  administration of the Cal-Bred program to the PCQHRA.

She has worked closely with the Oklahoma Horse Racing Commission, the Oklahoma Legislature, and the Oklahoma racetracks providing representation for the Quarter Horse industry with regard to racing laws, development of rules and regulations, medication issues, and promotional efforts for the horse racing industry.

In 1991 while still in Kansas she helped the Oklahoma Horse Racing Commission set up a new computer program which assisted in administering  the Oklahoma Breeding Development program.  In 1996, the first year she was executive director of the Oklahoma Quarter Horse Racing Association, she was instrumental in drafting the language that authorized full card simulcasting in Oklahoma.

And in 2004 was very involved in crafting language for the State Tribal Gaming Act which was known as State Question 712. That single piece of legislation is one of the finest pieces of racing law passed in any state in this decade and it did exactly what was promised for education and for the State’s Horse Industry.

Just this past year, in 2013, Debbie worked with the tracks and the Oklahoma Thoroughbred Association to produce a comprehensive economic impact study encompassing the entire horse industry in Oklahoma.

Debbie will tell you that “Working for the horse industry has been the love of her life and she is blessed to have developed skills other than riding a horse that allowed her to carve a niche so she could do something good for the horse industry.   She says she is honored beyond words that the AQHA has twice recognized mher with the Millie Vessels Award for outstanding achievement in the Industry.

If you ask Debbie what her favorite role in the horse industry is, she will tell you the best part is now being a grandmother and watching her grandchildren grow in their love for the horses in their lives, and still being able to go to work every day and help make racing as good as it can be for horsemen.

She says she could not dream of a life she would like any better.