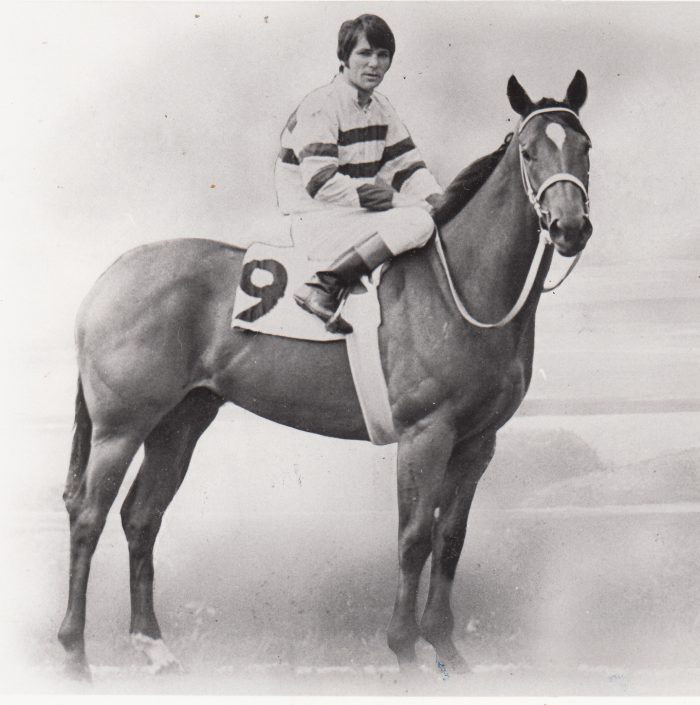 A look at the pedigree of Easy Date reveals exactly why the bay filly took the racing industry by storm in the mid-70s.

Easy Date was from Easy Jet’s second crop of foals, and she was out of the Roman Sandal (TB) mare Spot Cash.

With bloodlines rich in speed, Easy Date outshined the other racing prospects because of her even temperament and her aggressive attitude on the track. Legendary breeder and owner Walter Merrick of Sayre, Oklahoma, first noticed these traits.

“She had a wonderful disposition from the first,” Merrick said. “Easy Date was always quiet and calm. She never did act up, and she was real sensible. James McArthur trained her, and he never had a day of trouble.”

Easy Date won nine stakes at six tracks in three states, including the Kindergarten Futurity, the Rainbow Derby, the Champion of Champions at Los Alamitos and the Golden State Derby at Bay Meadows. Easy Date finished off the board only twice in her career. She also set the ¼-mile track record at Bay Meadows in May 1975. The bay retired with $849,710 in earnings, putting her at the top of the all-time money earners list in 1977.

She produced 11 foals that earned $101,931. The highest individual money earner was Toast The Host, a stakes-winning son of Raise Your Glass (TB).

Easy Date was inducted into the American Quarter Horse Hall of Fame in 2002.