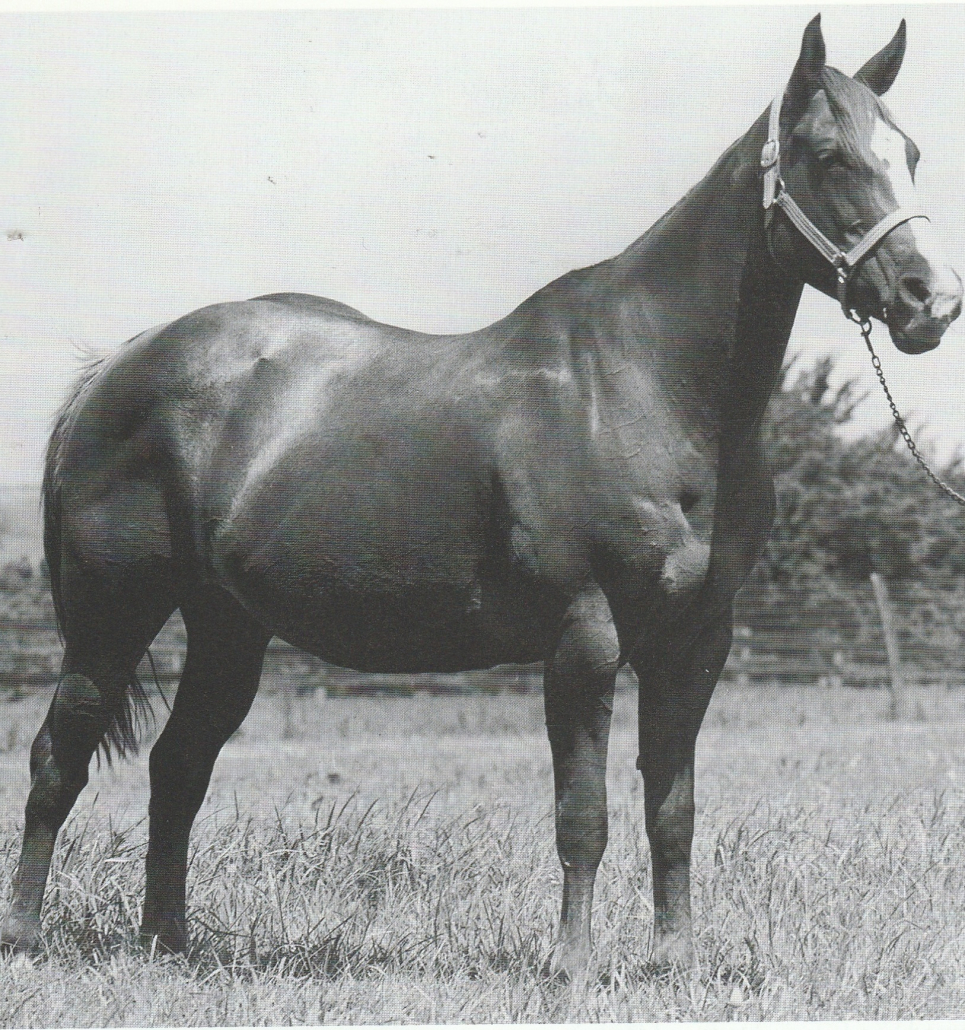 “This is a good mare.  She is OK.” Thus began the career of a distaffer who would grow up to have an enormous influence on the development of the racing American Quarter Horse.  But that was in the future – the filly had just passed her first public scrutiny, with the comment by an AQHA inspector who wrote it on the tiny 2-year-old’s papers when he checked her in 1948. Foaled in 1946, a sorrel filly by Leo and out of the Jimmy Allred mare Jenny Dee, Garrett’s Miss Pawhuska was bred by Bill Rowe of Carlsbad, New Mexico.  Rowe sold the mare and foal to Earl Jackson of Pawhuska, Oklahoma.  Jackson sold the filly as a yearling to Dee Garrett, who also ranched near Pawhuska, Oklahoma. Trained by Garrett, Miss Pawhuska won five of six official races at 2 and 3, including her first two starts, the trials and second running of the Oklahoma Futurity in August 1948 at Enid, Oklahoma.  Garrett then took the filly to Del Rio and Eagle Pass, Texas, where she won both races.  Those were only a few of her actual races.  Most of her contests were unofficial matches, and the sorrel mare lost few of them. But Miss Pawhuska’s fame came from producing offspring that won races, earned money and then sired or produced others that could do the same. Bred to Garrett’s stallion, Vandy, Miss Pawhuska produced six starters – world champions Vandy’s Flash, Vanetta Dee and Vannevar; track-record setter Vansarita Too; and AAA sprinters Vandy’s Betty and Miss Vanity.  She also produced two nonstarters. A gentle, kind mare, Garrett’s Miss Pawhuska died at 29, and was inducted into the American Quarter Horse Hall of Fame in 2006 and the Oklahoma Quarter Horse Hall of Fame in 2009.