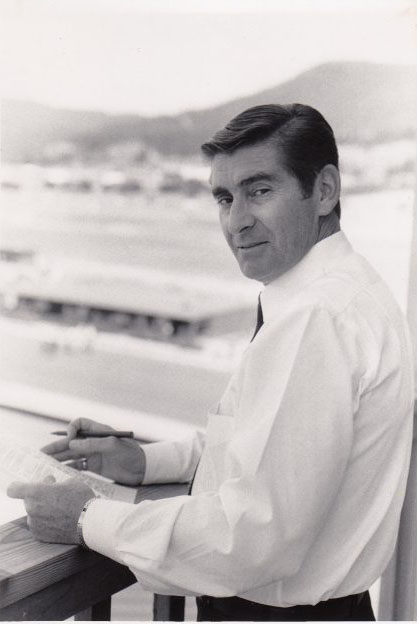 Jerry Burgess, now of Grand Prairie, TX was a 1962 graduate of Poteau High School, earned industry-wide respect as a premier stakes jockey for more than 25 years and as a racing official for more than 30 years.

He is the son of the late Melvin and Myra Burgess, Poteau, OK . The family relocated to Arizona when Burgess was young, but returned to Wister in the 1950’s where Melvin Burgess worked for the Kerr Ranch Complex and later was the foreman for Roy Reed’s Dog Creek Ranch.

Jerry began riding as a child.  Melvin always loved a fast horse and he was determined that Jerry would develop a love of racing.  At the age of 15, he began riding races in Oklahoma and Berryville, Arkansas. He later began racing at such iconic tracks as Ruidoso Downs and Los Alamitos Race Track in California.

Upon graduation from Poteau High school, Burgess became a full time professional quarter horse jockey who also attended Northeastern State University in Tahlequah, Oklahoma where he received his Bachelor of Arts Degree in 1969.

He has been inducted into two horse racing Halls of Fame: the Oklahoma Horse Racing Hall of Fame at Remington Park in Oklahoma City in 2010, the Ruidoso Hall of Fame in Ruidoso in 2011 and is a recipient  of the Pete Pederson Outstanding Steward Award in 2016.

After retiring as a jockey, he has worked as a steward at many tracks in Texas, Ruidoso Downs in New Mexico and Haileah Park in Florida.

Jerry also obtained a Law Enforcement Academy Degree in Texas which enabled him to serve as a Texas State Steward for 27 years. He is currently a steward at Lone Star Park in Grand Prairie, TX.

He serves as one of two stewards from the Southwest Region who collaborates with Racing Officials Accreditation Program on suggested improvements of racing regulations nationally.

Jerry is actively involved with a local program at Dubinsky High School Career Academy in Grand Prairie which enables him to present several annual programs to students of the veterinary medicine classes. These students are brought to the track to see hands on procedures from trainers, veterinarians, starters and farriers.