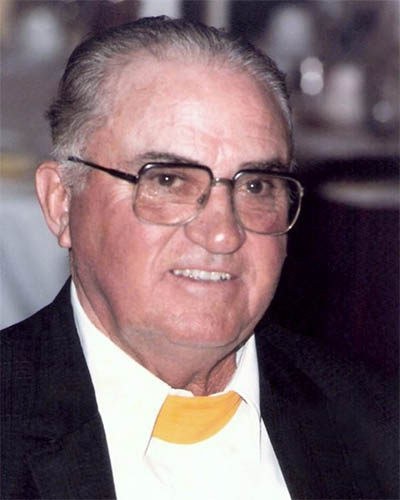 Jesse Powell was born in Kinta, Oklahoma, in January of 1920. He was the sixth of eight children born to a family of hardworking farmers, who also had work horses. Jesse’s mom died when he was ten years old, he quit school, and went to work to help provide for his family.

In 1964, a big handsome sorrel colt, with a spot and a snip arrived, Pals Top Deck.  According to Jesse, the stallion, was the fastest horse that he had ever put a lead rope on.  He won $8,000 as a yearling, in yearling match races, before his official race career ever started. That money built Powell’s barn.  Pals Top Deck was great sire and a great broodmare sire.

The statistics of Powell’s legacy breeding program is impressive.  Many of his home bred horses set track records, achieved superior race horse awards and won and placed in stakes races such as the Black Gold Futurity and the Oklahoma Futurity.  Pals Top Cross and her daughter Pals Real Cross were awarded Oklahoma Broodmare of the year.  Pals Jetta Van won three divisions of the Black Gold Futurity and qualified for the Championship finals that boasted a purse of $1,000,000 in the 1970’s.

Jesse was an innovator and was often found at race track and state legislative meetings to promote improvements for the horse racing industry.  Because his travels across the country, he had an opportunity to observe first-hand the impact of pari-mutuel wagering on Quarter Horse Racing, and endorsed its passage for Oklahoma.  As a Director for the Oklahoma Horse Racing Commission during the Remington Park negotiations, he influenced the track’s location of Oklahoma City.

Powell was an astute businessman, owning and operating a variety of businesses including co-owning Blue Ribbon Downs.  The Pals horse operation was a family effort. Jesse’s wife Anna, their son and their three daughters were involved in every aspect, from building the barn to working and raising the babies.  Powell added “Pals” as a prefix to each foal’s name so he could monitor their accomplishments after they were sold.  The Pals trademark name is still found in numerous horse pedigrees today.

Powell sponsored a Maturity race for 440 yards at Blue Ribbon Downs which attracted 4 year old and older horses.  He strived to have his horses perform at high levels, run longer distances and still maintain soundness.

Jesse Powell is a prime example of a great Oklahoma Horseman. Unfortunately, he passed away on May 15, 1987.