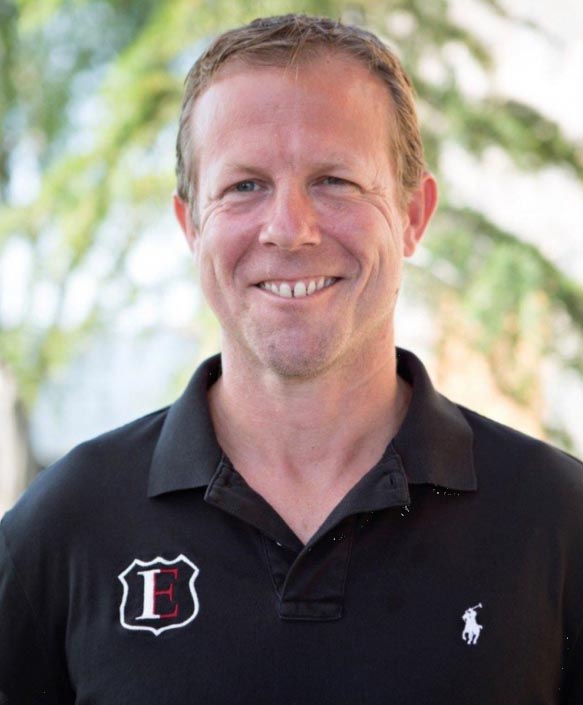 Dr. Josh Blyden is a native of Oklahoma. He was born July 10, 1974 to Ellen Feaver and Art Blyden. His mother raised him in Norman, Oklahoma, where he graduated from Norman High School. As a child, Josh’s mom recognized his natural ability to care for animals and with much patience allowed him to have pets ranging from tarantulas, snakes, geese and dogs to horses and cattle. At 15, Josh moved with his mother and stepfather, the late Tom Lucas, to a farm just outside of Norman. Tom gave him free reign of the land and gave him his first horse. It was his time there on the land that he decided to be a veterinarian.

Josh attended college at the University of Oklahoma where he received a bachelor’s degree in zoology with a minor in philosophy. While attending OU, Josh met his wife and business partner Jessica Naifeh. They married in 2000 and upon their return from their honeymoon, they loaded up a flatbed trailer with all of their worldly possessions and moved to Stillwater for Josh to attend vet school. Upon receiving his Doctor of Veterinary Medicine in 2004, Dr. Blyden began his career working for Joe Carter, DVM. He gained excellent veterinary experience in his five years at Oklahoma Equine.

In 2009, Dr. Blyden started his own equine practice with the assistance of his wife Jessica. In January 2014, after many years of taking care of an extensive client list, Dr. Blyden purchased Interstate Equine in Goldsby Oklahoma. The infrastructure at Interstate Equine provided the opportunity to achieve his goal of offering a broader range of services to his clients and the athletic horse.

Josh continues to strive to provide clients with high-quality diagnostics and outstanding treatment of equine athletes.  He is licensed in multiple states, travels frequently out of state to clients’ ranches, and attends many horse shows a year. Dr. Blyden’s areas of focus are equine sports medicine and internal medicine.

Dr. Blyden worked with the Brazil world equestrian team in 2018 by maintaining the equines’ performance during the fierce competition. Interstate Equine is the official veterinary clinic for the University of Oklahoma ponies, Boomer and Sooner.

Dr. Blyden and Interstate Equine host several interns a year and believe in the importance of promoting and supporting the education and life experiences of young people. Josh and Jessica believe in giving back to the communities and the industry that have given so much to enhance their lives over the years. Dr. Blyden and Interstate Equine Hospital have been proud supporters of local rodeos, round-up clubs, OSU veterinary students, youth organizations in Cleveland and McClain Counties, Oklahoma 4-H Foundation, OAQHA, Gypsy Horse Show Association, the NRHA, OKQHA, AQHA. Dr. Blyden is also a proud member of many professional organizations including the NRHA, OKQHA, AQHA, OVMA, AVMA and Kiwanis.

Dr. Blyden recognizes the impact that the equine industry has had on his life and the lives of those that have been touched by Interstate Equine Hospital. With this in mind he recently created two scholarship in the name of the late G David McCarroll, DVM, which he hopes to perpetuate through the American Quarter Horse Foundation as well as a purse for the two year western pleasure class at the AQHA World Championship Quarter Horse Show.

Most of all Josh enjoys spending time with his wife and two daughters, Isabelle 14, Evelyn 9 and their menagerie of pets. He is a part-time cattle rancher and enjoys traveling with his wife and girls. His hobbies include hunting, fishing and gardening with Isabelle and Evelyn. He truly is a naturalist and loves being outdoors. This might be one of the reasons he chose the profession that he did.