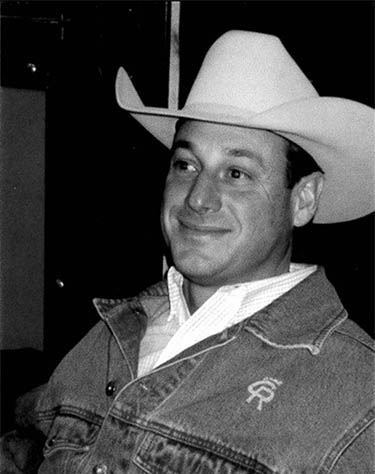 Born in Columbia, Missouri, Luke grew up on his family’s commercial cow-calf operation with his parents Bill and Anne (Dixon) Castle, and his six brothers. It was there, that Luke had his first experience with horses while working cattle.

He debuted at his first open horse show with a palomino quarter horse mare.  They entered every event and were hooked.

Luke began his first job when he was 16 years old working at James Bryce Quarter Horses during the summer.   As his love for horses continued to grow, he begin competing on the national level at American Quarter Horse Association horse shows as a youth competitor. Denny Hassett hauled Luke and his great mare Go Lucky Valentine.

After graduating high school, Luke went to work for Joe Edge, owner of Edgewood Farms, in Pilot Point, TX. He spent three years there before taking a job with Roberto Guerra Velasco of RGV Quarter Horses in Purcell, OK.  While working for Roberto, Luke earned his very first AQHA World Championship in 1989 with Sugar Ray Cool.

As a result of this accomplishment, he determined it was time to establish his own training operation.  Luke wanted to model his business after his longstanding mentors, Denny Hassett and the late Jerry Wells. Over the years, he continued to seek their advice along with Glenn Cantrell and Frank Merrill.

While working at RGV Quarter horses in Purcell, Luke met the love of this life and future wife Abbi at a 4th of July cookout. They have been married 25 years, have two wonderful children, Cash and Coralee.

In addition to a thriving halter horse business, Luke is the third generation to continue his family’s legacy of breeding and raising bulls to comply with the Professional Bull Riders Incorporated’s rigid selection criteria.  Luke also purchases and conditions yearling horse racing prospects.

In the 1990s, Luke began participating in the Oklahoma Quarter Horse Association. What began as only a membership grew into an OQHA Directorship. Then, he was elected to the OQHA Executive Board, and ultimately the 2006 OQHA president.  In 2008, OQHA elected him to become an AQHA National Director. He has been on the AQHA Show, Nominations & Credentials, Hall of Fame, Judges, Public Policy, and Animal Welfare Committees.

Luke’s commitment to his mentors and OQHA was demonstrated after Jerry Wells passed away in 2008. Luke contacted Glenn, Frank and Wayne Halvorson and asked them to assist in honoring Jerry by developing a futurity which awarded scholarships to Oklahoma Youth.

They presented the concept to Oklahoma Quarter Horse Association and the futurity was created. Together, Betty Wells and Luke have worked numerous hours on the Jerry Wells Memorial Scholarship Futurity.

Luke is a founding member of the World Conformation Horse Association, and was instrumental in the development and management of the Breeders Championship program. He was elected to the WCHA Executive Board and served as the 2016 WCHA President. He was also the architect for the WCHA Hall of Fame.  Luke holds judges credentials with AQHA and WCHA.

Castle Ranch in Wayne, OK, a multifaceted family run operation.  Luke also delights in coaching the kids’ in high school sports or assisting with their halter, roping and barrel horses.