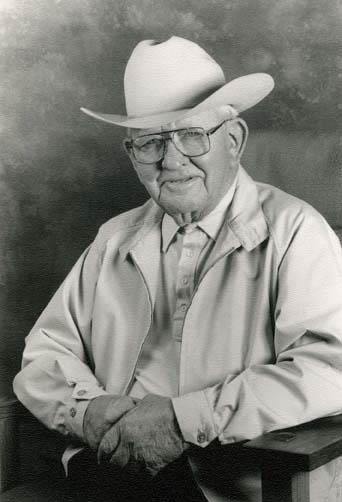 It took two visits by Jim Minnick and Robert Denhardt to convince Sherman Monsieur Moore to register his horses with the fledgling AQHA.  When he decided to get involved, Moore never looked back. Moore attended his first AQHA convention in 1946 and became an AQHA Director.  Fifteen years later, Moore was elected president at the 1961 AQHA convention.  During his term, Moore pushed for the development of the youth activity program.  He and the AQHA Executive Committee approved the purchase of additional property and the expansion of AQHA’s offices. The committee also clarified the new “hardship clause” concerning Quarter Horse-Thoroughbred crosses.  The added phrase said that horses considered under this rule must be “outstanding in conformation, performance or produce.” After his year as president, Moore continued to serve on the show and contest, finance and artificial insemination committees and a special committee on bloodlines. Moore also found himself in demand as an AQHA judge.  He often had to turn down many invitations due to commitments to the ranch.  His generosity extended to refusing payment and covering his own expenses when judging small shows, simply to help ensure their success and longevity. The Oklahoma rancher’s father was a cowboy in the Sooner State during its early years and fell in love with Cherokee beauty Mary Emma Scudder.  When Moore and his brother came of age, the two assumed responsibility of their father’s cattle and land.  Moore never bred and raised horses for sale purposes.  However, his horses were often sought by the public, including quite a few professional rodeo cowboys. Monsieur Moore was inducted into the American Quarter Horse Hall of Fame in 1993, and died in 1994 at 90.   He was inducted into the Oklahoma Quarter Horse Hall of Fame in 2005.