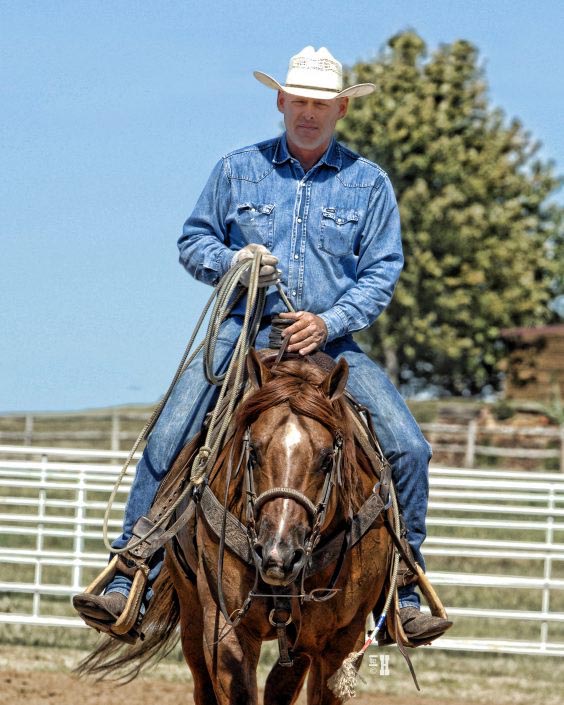 Rick Chayer was born November 21, 1959 to Don and Wilma (Chestnut) Chayer.  Rick’s family was extensively involved in the horse industry.  His father and mother both trained horses.  Rick’s father was a farrier.  His grandfather farmed with horses and also did some trading.  As a child, Rick knew that he wanted a career with horses.  While he was in high school he worked for Denny Hassett Quarter Horses.  While he was a youth, Rick entered the AQHYA Youth World Championship Horse Show.

After he graduated from high school he worked for Mark Chestnut.  Rick considers Mark one of his mentors. While working for Chestnut, Rick learned to rope.

In 1983, Rick entered his first AQHA World Championship Horse Show and has been participating every year.  Rick has trained horses in numerous disciplines, but he has great respect and has distinguished himself by exhibiting some of the most athletic type horses.  He specializes in dally team roping, tie down roping, working cow horse, reining, ranch riding Versatility Ranch Horse and Ranching Heritage events.

While working at the Lazy E Ranch And Arena, Wayne Halvorson would introduce him to a lady that would change his life, Dolly Jensen.  Rick and Dolly started their partnership training horses in 1990.  In 1993, they moved to Sperry, Oklahoma, where they had the opportunity to rent a big indoor arena (the largest in the area at that time) and barn that sat on 160 acres north of Tulsa. It was on December 11, 1993 that the couple married, beginning another partnership.  In 2004, Rick and Dolly were able to purchase the ranch and now call it home.

With good customers and great horses, they have been fortunate to raise, train or show numerous AQHA World Champions and All American Quarter Horse Congress Champions, along with champions in amateur and youth competition. There is an impressive list of outstanding horses that have achieved gold under Rick and Dolly’s guidance.  Chayers have also produced many Palomino Horse Breeders of America World Champions and Golden Horses. Rick Chayer has earned a total of 5384 lifetime points.

Rick and Dolly have also focused their program on performance horse sale preparation. Rick  has developed a reputation for bringing quality horses to the Pitzer Ranch Sales twice a year, and the Hershberger Performance Horse Sale annually. They have topped both sales with the High Seller.