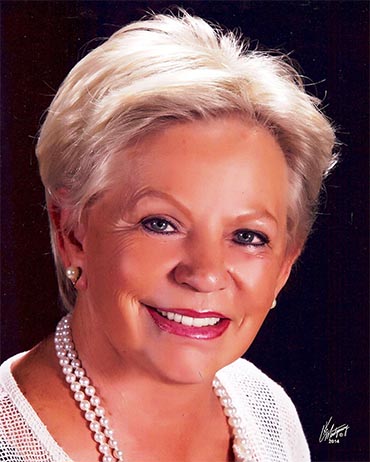 It goes without saying that in November, 1944, Sharon Collins hit the ground running and has not slowed down since.

She is one of nine children born to Jack and Lois Collins who were farmers in Verdigris, Oklahoma.

She and her siblings milked Holsteins, baled hay, and played a lot of basketball.

There were always riding horses on the farm but it was not until after college and Vietnam days that Sharon got caught up in the younger siblings’ adventure of showing in AQHA’s new youth division.

She soon became efficient with her riding–her race-bred mare, Tinky Seven SI 89, was her first to break to the flat and western saddles.

Tinky was Grand Champion Mare at the Fort Worth Fat Stock Show in 1974, became Superior at Halter and was an AQHA Champion.  She qualified for the first AQHA World Show but did not make the trip to Kentucky because she was in foal.

She also rode Pretty Springtime (Georgette Breeding’s youth mare) at Fort Worth to top-off her Superior in Hunter Under Saddle.

Subsequently, Sharon won Hunter Under Saddle at Fort Worth on brother Clay’s mare, Miss White Socks, the same year that Clay won Western Pleasure on her.

In those days, we thought of the Fort Worth Fat Stock Show as the biggest and the toughest!

Sharon also showed Rocket Ridge SI 93 at halter. He  was purchased from Paul Travis to breed mares including Tinky Seven not just to have a little fun in the show ring with those two.

At that point, Sharon went back into the hotel business managing hotels for a hotel management company.  During this time, she hauled her daughter, Shannan, to shows.

In the fall of 1990, she and Bud married so she moved to Oklahoma City and really found her groove in volunteering.

The Oklahoma Youth voted Sharon as “Mother of the Year” in 1982 and again in 1984. She has been involved with planning of the Annual Convention since 1991,  cooked lunch and dinner for 50-75 workers every day at the Spring and the Redbud Shows for several years, has been coordinator for 750 Youth World Gift Bags annually, books about 25  Progressive Parties for the Redbud yearly, coordinates the Oklahoma School for the Blind Western Playday,and helps the youth with fundraisers.

These are in addition to the very event this evening which she has planned, researched, and coordinated since its inception ten years ago.

Sharon is proud to be an OQHA Past-President along her father, Jack Collins, and her husband, Bud Breeding, who are also members of this Hall of Fame.

Sharon says volunteering at quarter horse events keeps her involved with the people and horses she loves.