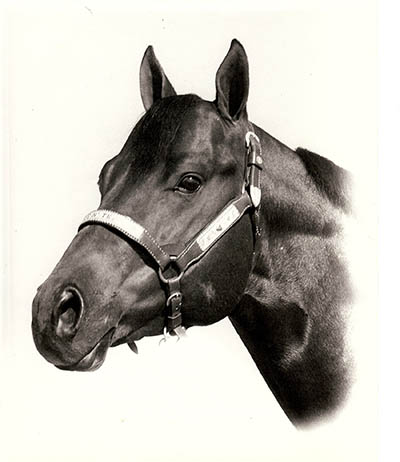 Te N’ Te was a 1973 bay stallion by Azure Te and out of Vila by Leon Bars. He was bred by Sol West, III of Vanderbilt, TX.

Because of a hock problem, he was show very little, but he excelled as a sire, with sons and daughters on the race track and in the show ring in both halter and performance.

Out of 5 foal crops, his get earned a total of 3,593 Open Halter points, 44.5 Amateur points and 286 Youth points plus 1,265 Open performance points 93 Amateur and 812 Youth. His offspring also won points in the National Cutting Horse Association, Palomino Horse Breeders and the Buckskin and Appaloosa associations.