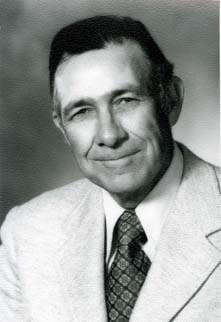 Oil, cattle, Indians, Quarter Horses, war and the Dust Bowl were all chapters in the life of William “Bill” Thompson. Thompson’s father handed down stories of riding a mule from Beggs to Stillwater when land deals with Indians were commonplace and statehood was an ordinance of the future.  According to the elder Thompson, if horses had odometers, his Quarter Horse, which traced to Peter McCue, would have registered more than 75,000 miles. In the tradition of his father, Bill racked up a lot of miles on his Quarter Horses.  When he attended Oklahoma A&M (Oklahoma State University) in Stillwater in the 1930s, he broke two green horses by riding them back and forth to class.  He graduated with a degree in animal husbandry and immediately began “batching” cattle with hopes of becoming a big-time breeder. The winter of 1936 was a hard one, but Thompson did not get discouraged.  He left Oklahoma for leased lands in New Mexico, and soon boasted a 65,000-acre spread with more than 2,000 head of cattle.  Thompson returned to the family land in Oklahoma after his father’s health began to decline.  His children grew up just like he did, on the backs of strong Quarter Horses. Working with cattle on a daily basis, Thompson had a passion for breeding working Quarter Horses.  He worked diligently on crosses that resulted in foals that could do anything and everything.  He became known for breeding a horse with a good head, but he was breeding more for great overall conformation. Thompson was a past president of the Oklahoma and New Mexico Quarter Horse associations and the Oklahoma Cutting Horse Association.  He became an AQHA-approved judge and director in 1964, and was a member of AQHA’s stud-book and registration, public information, judges, and show and contest committees.  In 1974, he became president of AQHA. Thompson was inducted into the American Quarter Horse Hall of Fame in 1995, the Oklahoma Quarter Horse Hall of Fame in 2011. He died in 1997.