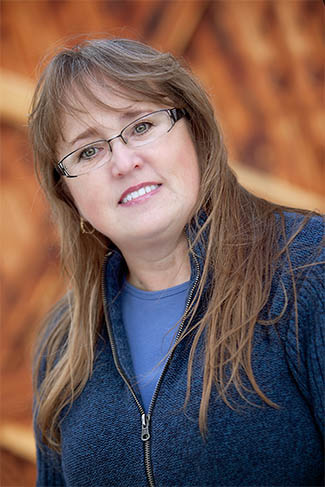 Alice Whistler Holmes was born in Dayton, Ohio to Chuck and Hazel Whistler, the younger of two kids.  After spending countless weekends on her aunt Suzie’s farm, Chuck and Hazel decided to purchase a two-year-old Appendix gelding Quarter Horse, for her 13th birthday.  Alice eventually began participating in local 4-H shows in English events including the state level.  She credits Bob and Charlie Menker as her mentors, which introduced her to the world of Quarter Horses.

To defray the costs of horse showing, Alice taught herself to braid manes and tails of show horses and earned money doing this, as well as preparing others horses and filling in where needed at shows.  Her famous braiding and “tail skills” that started early in her career have served her and countless horses over the years.  Alice, along with Renee Dudley assisted in authoring and lobbying for the AQHA rule change regarding the use of artificial tail attachments, which is still in effect today.

In 1970, Alice attended THE Ohio State University, studying Animal Science with a minor in Ag Education.  Combining her passions for horses and 4-H programs, she studied to become and extension agent.

In 1974 she graduated from THE OSU with a Bachelor of Science degree in Animal Science and found time to qualified a pretty sorrel gelding named; Sunlit Dude for the inaugural AQHA World Championship Horse Show held in Louisville, Kentucky placing 6th in amateur western pleasure.

Later that same year Alice married Brian Holmes and they started a small horse business while he completed his schooling and eventually accepted a job as an Instructor at Findlay College in 1977.

The Holmes Family, along with first-born son, Matt moved to Oklahoma in 1980.  Initially they worked at Rolling Oaks Ranch in Edmond, OK until they branched off and started their own business.

When the Holmes family, including their two sons Matt and Clay moved to Purcell in 1987, the a flood of youth students followed, to name a few; Megan and McKenzie Merrill, Lindsey and Leslie Naush, Lizzie Cromwell and Courtney Battison.  While Alice’s passion was the youth, they also had several successful amateur clients.  Holmes Performance Horses was a family affair since their sons Clay and Matt and Alice’s Dad, Chuck exhibited and excelled with Quarter Horses.

While her many clients won countless accolades and titles there are some notable horses who have shaped her path.  To name a few Seven S Command, How D Amos and OQH Hall of Fame mare CC Surprise.

At the beginning of 1997 Alice went to work for Interstate Equine Services, Inc- owned by the late G David McCarroll DVM.  Due to changes in her personal life, Alice felt the need to “settle “down- and get a “real” job, one that would allow her to continue her passion for horses, but provide a steady income.  She continues today at Interstate Equine Hospital working for Dr. Josh Blyden.

Alice has proved to be a valuable asset as a volunteer.  She credits her dear friend and mentor, Joe Young, for guiding her while serving on the OQHA board in the late 90’s.  Over the past two and half decades, she has progressed and continued to serve in various capacities to include the 2001 OQHA Executive Committee and 2005 OQHA President.  She has served as an AQHA National Director representing OQHA since 2003.  As an AQHA National Director, she has worked on the AQHA Research, Amateur, and Show and Contest (English) committees.  She is an AQHA Q Contact.  She has spent several days in Washington DC lobbying Senators and Representatives concerning important issues affecting the equine industry.  She also participates on the AQHA Region 8 steering committee and serves on the OQHA Amateur Board of Directors.

Alice has remained a “small time breeder” for over 20 years raising a few horses per year that have gone on to win at the highest levels of competition across the country in multiple English events.

Lastly, Alice is now channeling her love of the youth towards her four grandkids and is anxiously awaiting the arrival of another one due in early April.