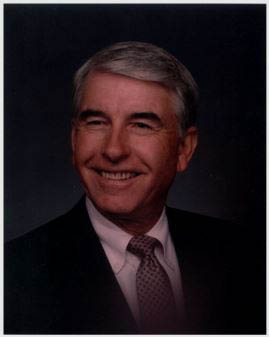 Carl Ballew, had a great passion for horses and for the quarter horse in particular.  Although we can pay homage to his dedication, commitment and contribution to the industry, it presents something of a challenge to describe his spirit”.  His contagious smile, his eternal optimism and the genuine warmth of his personality – the hallmarks of the “spirit” of this man – are difficult to capture with words.

Carl Ballew was a “horseman” in the true sense of the word, and because of  his passion he bred, raised, trained, showed, and raced 1It all began with Ol’ Pat – a family work horse that Carl loved to ride down the road at full speed; roping or trying to rope anything in his path.  As his interest matured, his favorites were Ron Bar Bailey and Venture Royal.  But Connie Win and especially One Hundred Grand – a 1974 stallion by Win or Lose – were his true loves.  He raised them both from weanlings.

Born in Wainwright, Oklahoma, in 1927, Carl came to Oklahoma City following World War II and his service in the U. S. Navy.   In 1959, he formed Capitol Paint Manufacturing Company, which continues today under the skillful management of his son, Stan, who joined him in 1976.

A lifetime member of both the OQHA and the AQHA, Carl was extremely active in both organizations   He served as Chairman of the OQHA Race Committee among many others, culminating in his service as OQHA President in 1983.  He was constantly involved with the Youth organization, and untiringly supported his daughter, Kim, in her show activities and her involvement in both the OJQHA and the AQHYA.

He was an AQHA Director and served with distinction on the Youth, Race, and Foundation Committees.  He was honored by being named an AQHA Honorary Vice-President in 1989.

Through his generous contributions through the AQHA Foundation , an AQHYA scholarship is permanently recorded in his name.

Carl was a Charter member of the Cowboy Hall of Fame and Western Heritage Cente: and his active involvement with the Oklahoma City Chamber of Commerce contributed to the successful movement of the AQHA World Championship Show to Oklahoma City.

Involved in civic affairs, he was a member of the Oklahoma City Exchange Club, the Committee of 100,  Sirloin Club, the Greens Country Club, and Cedar Valley Golf Club—where he indulged in his second passion – golf.

Carl was a Mason, a member of the Shrine Mounted Patrol, and the Jesters.  He was also President of the Oklahoma Chapter of the Leukemia and Lymphoma Society.

Carl Ballew left an indelible mark on the OQHA and the AQHA by his selflessness and lack of any personal agenda.  His only interest was that which was in the best interest of the American Quarter Horse.