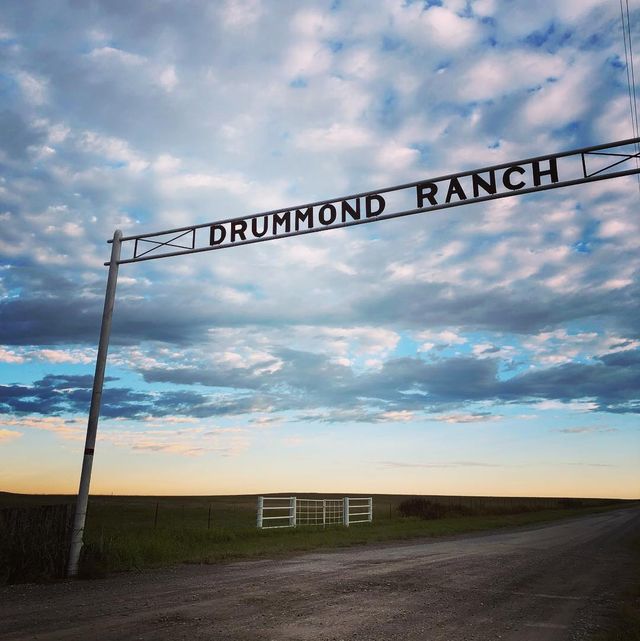 The Drummond Ranch was founded in 1910 by R C Drummond, who was later joined by his brothers and sons in expanding the ranch. By 1920, R C had increased his cattle, bison, and horse operations; Horses were utilized in both ranching and farming, as well as travel. By 1930, R C had around 100 brood mares of all different types.

In the early 1940’s, one of R C’s sons, Fred A, purchased 20 daughters of a quality horse known as Leo, thereby establishing Drummond Ranch’s registered Quarter Horse operation. Fred A. continued his horse operation for the next 30-40 years, building a herd of between 40 and 50 brood mares. Fred was constantly either buying or leasing outside studs for his mares.

In the early 1940’s, Fred A. married schoolteacher Ruth Thatcher (a city girl), and had three children together —one of whom is Chuck Drummond. Chuck was interested in horses at a very young age, riding almost before he was able to walk. While completing his education at Oklahoma State University, Chuck met Nan Olsen and the two were married in 1964. They moved back to the ranch after college and raised three sons, Todd, Tim, and Ladd.

In 1983, Chuck had open heart surgery and was encouraged by his cardiologist to find a hobby. Neither tennis nor golf was in the cards for Chuck, so fortunately a friend in the cutting horse business encouraged him to attend a clinic—and with that, Chuck was “bit by the bug.”

Later that year, he began acquiring what he believed would be a quality set of brood mares and went on to win numerous titles with mares such as Foxie Merada, Playbos Samatha and several others.

Then he found himself in need of a better stallion to breed these outstanding mares, so he purchased Doc Stylish Oak in 1988.  Stylish proved to be a major cross on Chuck’s broodmares, producing offspring such as Mr Mom, Playin Stylish, Pepto Stylish Oak, Stylish and Foxie and others.  Chuck went on to be one of the top breeders in the cutting industry.

Doc Stylish Oak proved to be one of the leading sires of the National Cutting Horse Association and the American Quarter Horse Association.  Daughters of Stylish have proven that they are producers as well.

In 1993 Chuck sold Stylish and once again he needed cross on the Docs Stylish Oak mares.  Drummond purchased Lizzielena who was in foal to Freckles Playboy producing a colt named Lizzy Gotta Player.  The colt proceeded to win numerous titles and was the world champion in 2004.  Every horse produced on this ranch plays a strong role in the programs of breeding, competition and ranch work.

In 1995, Tim, Chuck and Nan’s middle son, took over the cutting horse operation. As of 2014 at the Mecuria Finals, four of Drummond Ranch’s horses were in the finals. Throughout the years, they have continued to breed some of the leading mares of the equine industry.

As of today the Drummond Ranch family is home to fourth generation of AQHA breeders and is continuing its appreciation of the American Quarter Horse with the fifth generation.

Mr Bar None
Scroll to top