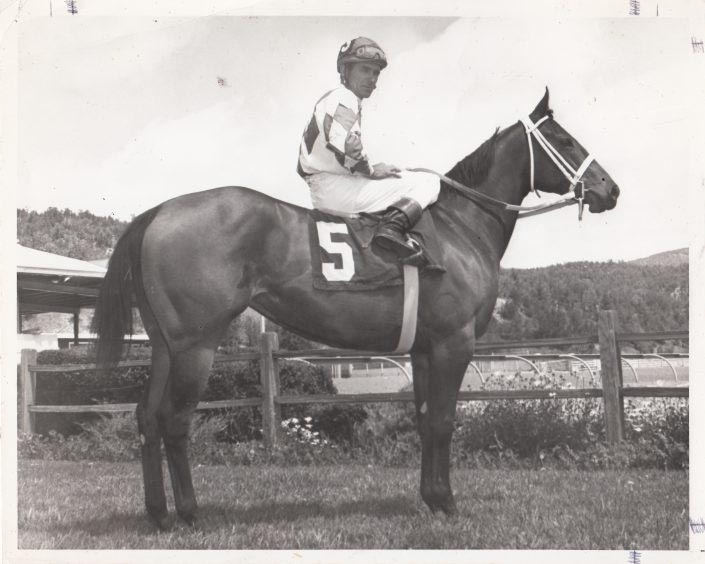 Laico Bird was foaled in April 1965. A daughter of Good Bird (TB) and Paula Laico, she was bred by B R Campbell of Frederick, Oklahoma.  The brown filly was sold as a yearling in the Haymaker Sale for $3800, and later for $5000.  Floyd H Jones Sr. purchased the filly for his two sons, Floyd H Jr. and Jimmy Ray Bailey Jones.  The delicate feminine filly, standing just over 14 hands, garnered every laurel for which she was available, in the voting for the 1967 year end championships, by the American Quarter Horse Association racing Committee.  Not since 1955 had a juvenile performed with such authority, being named World Champion, Champion Mare and Champion two year old filly.

One of the most noteworthy among Laico Bird’s accomplishments was becoming the world’s richest Quarter Horse with the astronomical earnings of $406,399.20.  She achieved this by winning the All American Quarter Horse Futurity, Los Alamitos Futurity, Raton Futurity, Texas Futurity, Columbus Futurity, and placing second in the Rainbow futurity and Blue Ribbon Futurity.  At age two, in 17 starts, she amassed; 11 wins, 5 second place finishes, and only ran one race where she didn’t “light the board”.  She ran on 6 different tracks, winning 5 stakes races, and placing second in two others and remained “sound” through a very rigorous two year campaign.

Laico Bird came back, as a three year old to win the Button and Bows Derby, placed second in the Raton Derby, Sunland Park Fall Derby, and third in the Rainbow Derby and Ruidoso Championship stakes. She retired with a race record of 34 starts, 17 firsts, 12 seconds, and 3 third place finishes. Earning $435,653.00 in her lifetime, Laico bird proved Jimmy Jones right, when he stated “She’s like a deer, with quick small feet, and very alert. She stands about 14.1 hands and weighing 950 pounds. Laico Bird looks like she can move fast”.

She was ridden by Boyd Morris, Bobby Harmon, or Billy Powell, in all of her starts.  Bobby Harmon was in the irons when she won The 1967 All American Futurity.

Retired at the end of 1968, she was bred to Jet Deck to produce two fillies, both stakes horses. Fly Laico Bird, who won the Columbus Triple Crown Futurity, and placed second in the Oklahoma Futurity, Sunland Country futurity, and Ruidoso Futurity with earnings of $129,931. The second foal was Laico Bird 2, a stakes placed runner who earned $42,200.

She died of a twisted intestine in May 1971.