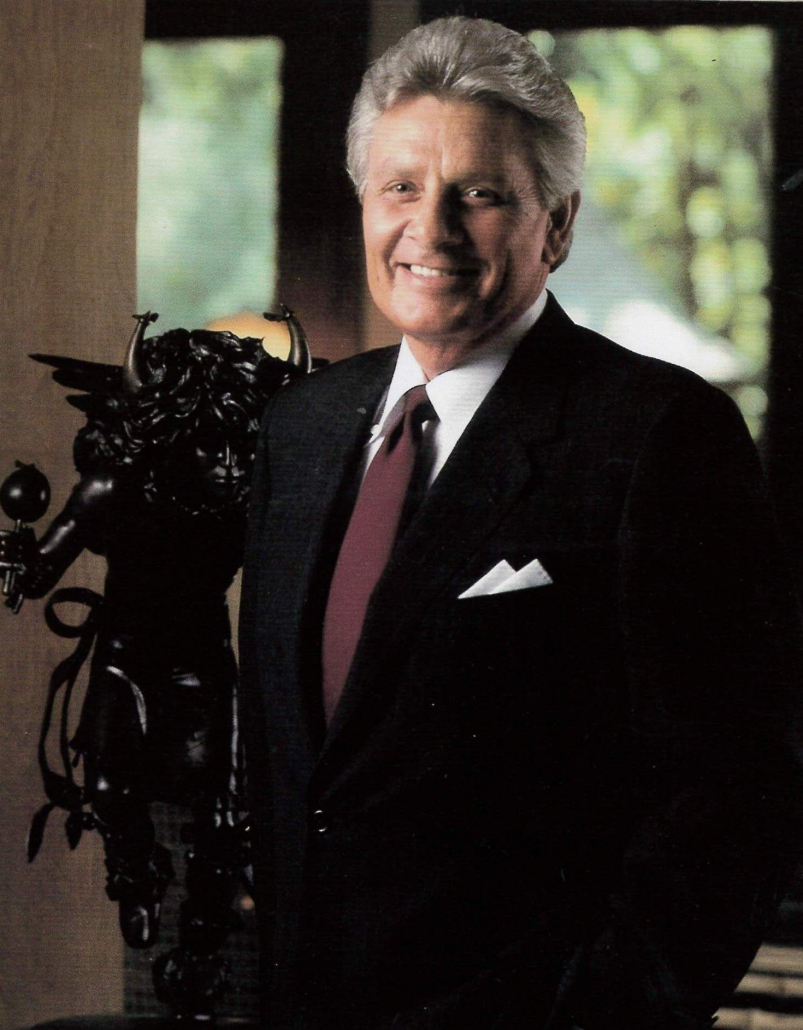 When Mel Hatley made a trophy presentation at the Lone Star Park at the fall 2011 Quarter Horse meet, it was the first time he had attended the races in more than a decade. Hatley was once one of Thoroughbred racing’s biggest players, and recently said he has not ruled out getting back in with the right kind of horse.

These days, however, his focus is on getting healthy again after having a kidney transplant in 2002 and a serious bout with cancer, which is in remission. Hatley, 74, also is occupied with his real estate holdings, which include a 96-acre upscale gated community, located in a growing city north of Dallas, that he developed and lives in with his wife, Judy.

Hatley’s home is filled with racing memorabilia chronicling heights in the game that few reach. “It’s everything that everybody ever dreams about in horse racing, and he’s so humble about his success,” said Tony Bedford, a racing advisor who met Hatley outside of racing this past year and invited him to Lone Star.

On display in the Hatley home are Eclipse Awards and photos dating back to 1965, when Hatley entered the breeding industry with Quarter Horse stallion Triple Chick. He later stood perennial leading sire Go Man Go. His journey in the sport continued through the 1980’s, when Horse of the Year Lady’s Secret was foaled at his farm, and he raced two-time champion Life’s Magic in partnership. They are the horses most associated with Hatley, and both were trained by D. Wayne Lukas.

“We had a wonderful, successful run from the standpoint of a business relationship, but more importantly we passed that years ago and we became very, very dear friends,” said Lukas.

Hatley and Lukas did business together for two decades, buying, selling, breeding, and racing horses until Hatley left racing in the early 1990’s. The two crossed over from Quarter Horses in the late 1970’s and Hatley won his first Thoroughbred stakes in 1978, with multiple graded winner Effervescing. Then came Life’s Magic, who was the champion 3-year-old filly of 1984 and older female of 1985. A year later, Lady’s Secret was voted Horse of the Year.

“Wayne was the best partner I ever had,” said Hatley. “One year during the oil boom, we sold $15 million worth of horses and never ran an ad. When we were rolling big, we had 150 horses in training at one time during the year, and they were racing at 13 different tracks.”

“I’d read the Quarter Racing Record, and I’d noticed there was a mare in there that they ran her for some claims, and they went to running her in stakes and she was winning, she was improving all the time,” said Hatley. “Wayne Lukas had her. He was the trainer.”

Hatley bought the Quarter Horse, named Native Empress, who went on to win 28 races. Lukas continued to train her, and while the gray mare launched Hatley into racing, it was another gray mare who has to some extent defined him in the sport. Lady’s Secret was foaled on Hatley’s farm in Lexington, Okla. She was produced from the mating of Secretariat to Great Lady M., a mare Hatley and Lukas owned at the time and leased to Lady’s Secret’s breeder, Robert Spreen.

“It thrilled me every stage she went, from one level to another,” said Hatley, who has no regrets in selling Lady’s Secret.

The horse Hatley is best known for campaigning, however, is Life’s Magic, whom he raced in partnership with Klein and Lukas. A multiple Grade 1 winner, her greatest triumph was a 6 1/4-length win over entrymate Lady’s Secret in the Breeders’ Cup Distaff in 1985.

Life’s Magic was also one of two Kentucky Derby starters co-owned by Hatley. She finished eighth to Swale in 1984. Hatley was also the co-owner and co-breeder of Badger Land, a Grade 1 winner who finished fifth in the 1986 Kentucky Derby.

Lukas knew the integrity of the partner he had in Hatley early on, when ownership of a coveted Quarter Horse was decided by a coin toss at the suggestion of another owner, Lamar Miller, who had called Hatley.

“Mel said, ‘Well, I’m in the office here alone, ‘ ” Lukas recounted, “And he said, ‘Well, so am I.’ He said ‘Flip a coin and call it and let me know.’ So, Melvin flips the coin, calls it, and it’s in Lamar’s favor, and Mel says, ‘Lamar, you won the filly.’ That tells you everything you need to know about Mel Hatley.”

Hatley is a Texas native who spent most of his career based in Oklahoma City, where his ventures included oil, real estate development, and banking. His success enabled him to buy quality horses. Hatley left racing when he started to experience health issues, and said a return is possible, provided the right young horse comes along.

“I wish he’d pick up the phone and call me and we’d do it all over again,” Lukas said. “Nothing would make me happier.”