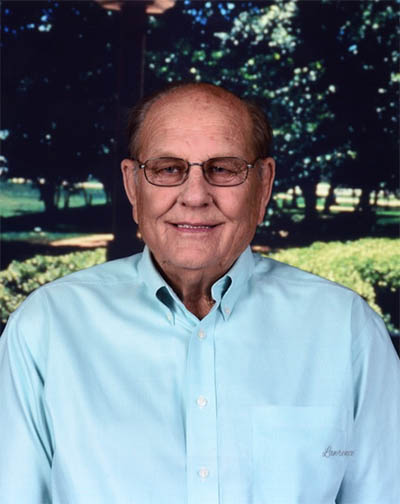 Every racehorse owner, breeder, and trainer has great expectations with each horse that they start, but history has shown, that having a “BP” at the front of that horse’s name, increases one’s odds of owning a winner. It is well known in quarter horse racing circles, that “BP” is none other, than Bill Price of Thackerville, Oklahoma.

Bill Price, a native Oklahoman, along with his wife, Mary, have bred and raised so many great racing quarter horses, it’s nearly impossible to name them all.

Bill’s first racehorse, Master Hand Jr, purchased as a tax deduction in 1986, started the Quarter Horse racing journey for the Price family. Then came “A Real Man”, and what a horse he was. In 2002, he was the AQHA Champion Gelding, and Overall Two Year Old Champion. In 2003, the OQHRA awarded him Horse of the Year, Champion Quarter Horse Racing Stock, Champion Aged Gelding, and Champion Oklahoma Bred. Bill was the leading Oklahoma Owner and Breeder that year as well.  That same year, Frisco Fling was recognized by the OQHRA as Leading Dam of Breeding Stock.

Although A Real Man was one of Bill’s favorite horses, Southern Cartel shares that favorite top spot. Running an impressive two year old year, then winning the 2003 Ruidoso Derby, the Lazy E Derby, second in the Texas Classic Derby, the Rainbow Derby, Mr Jet Moore Handicap, a finalist for the All American Derby, Refrigerator Handicap, Championship at Sunland Park and All American Gold cup, being named High Point Three Year Old, and setting track records along the way.

After his racing career was over, Southern Cartel headed to stand at stud. But as every horseman knows, in racing, you are either riding the wave, or you are under it. On June 6, 2006, a barn fire broke out. 6 horses were killed, including Southern Cartel, the only un-syndicated stud in the barn, and a horse that Price had turned down a cool 4 million dollars for.

Bill is a well-known horseman, who has won Quarter horse racing’s biggest races, Owned horses that have held many track records, including I’m a Lady’s Alibi who held the track record for 12 years in New Mexico. His breeding awards are as numerous as his racing accomplishments. He has stood horse’s at stud, sold horses at the sales, and continued to “look for that next runner”, but mostly, Bill is a husband, Dad, and Papa to his family. It’s hard to find pictures that don’t include Papa Bill holding a grandchild, whether in the winner’s circle, or in the pastures at the farm.